Hurricane Irma bearing down on Puerto Rico and Florida, and evacuation of residents could begin as soon as today in some parts of the Sunshine State.
That means tens of thousands of people could be looking for shelter – and some of them may find their way to Georgia. State transportation officials are already preparing.
“We are working closely with GEMA (the Georgia Emergency Management Agency) and all emergency preparedness partners to monitor the potential tracks of the story and plan accordingly,” Georgia Department of Transportation spokeswoman Natalie Dale told The Atlanta Journal-Constitution.
“We are organizing our teams in South Georgia in preparation to deploy debris response teams when necessary,” Dale said.
Irma has been upgraded to a Category 5 storm and could affect Georgia early next week.

When people say "It's a jungle out there..." Bruh 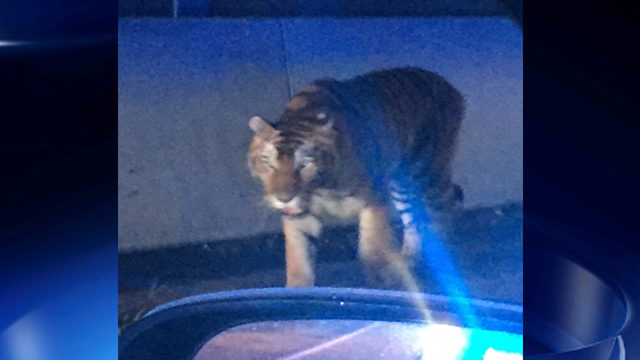 HENRY COUNTY, Ga. - Police said they shot and killed a tiger that was on the loose in Henry County.
We're talking with investigators as they determine who owns the tiger, on Channel 2 Action News at Noon.
Triple Team Traffic first reported the tiger sightings after dispatch said they received several calls about the wild animal on the loose.
A source told Channel 2’s Audrey Washington police spotted the tiger in the area of Jodeco Road Wednesday morning.
Washington heard several shots just before 6:30 a.m.
Police said they had no choice but to shoot the tiger, which was seen in a neighborhood, reportedly attacking a dog.
http://www.wsbtv.com/news/local/henry-county/police-investigating-reports-of-tiger-on-i-75/603877558
By Nathan's Driving School - September 06, 2017 No comments:

Which generation is the better driver?

When I taught behind the wheel, I would remind students that the future of our society rested upon their shoulders. I am sure that there was...